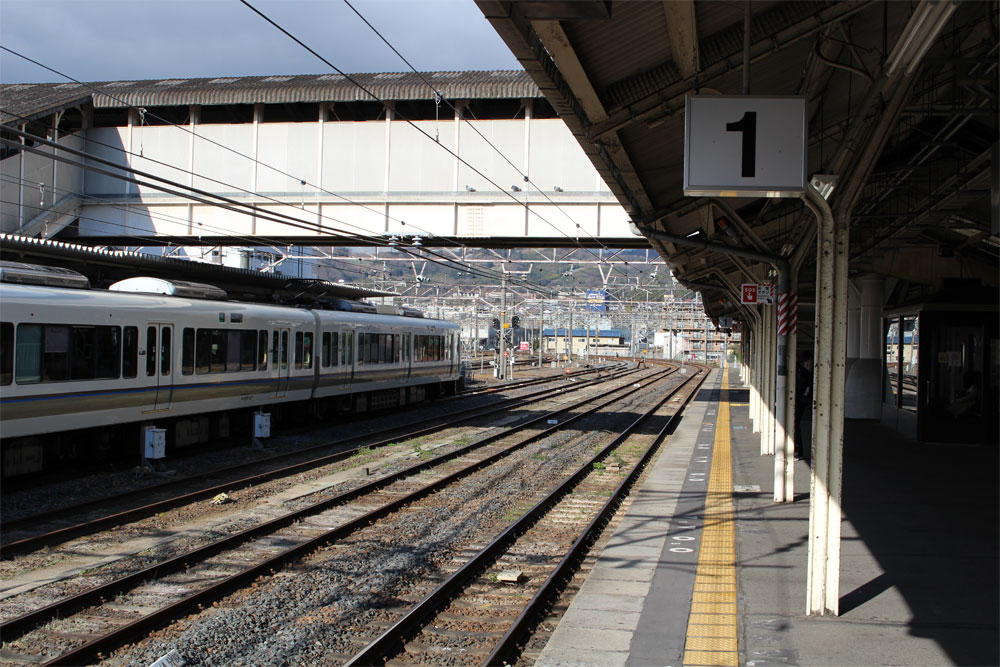 During mid-march this year I had the pleasure of visiting two schools in Japan’s Kansai area to check in on some of our empowerment programs being run with Oxford and Cambridge students in collaboration with international students from Japan’s top two universities Tokyo and Kyoto University.

My first day was spent at a Junior/Senior High School in Nara, east of Osaka. The school is situated not too far from the nearest station but still requires either a short bus or car trip to get there.

Due to the program taking place in March, it was still a bit chilly outside of the main classrooms. The heat however would be turned on as the class began and young minds began to heat up. I was able to catch up with group leaders shortly beforehand to introduce myself before joining the in the classroom.

In the Nara school’s case, there was a 3:2 mix of 3rd year junior high students with 1st year senior high school students. All of the students were broken up into groups of 5 with one group leader taking charge. At the head of the classroom, the session leader, a Canadian national and resident of Japan who, as a professional teacher, was brought in to run this week’s session. This is generally the person that the group leaders will work with for the week and possibly again at other schools. 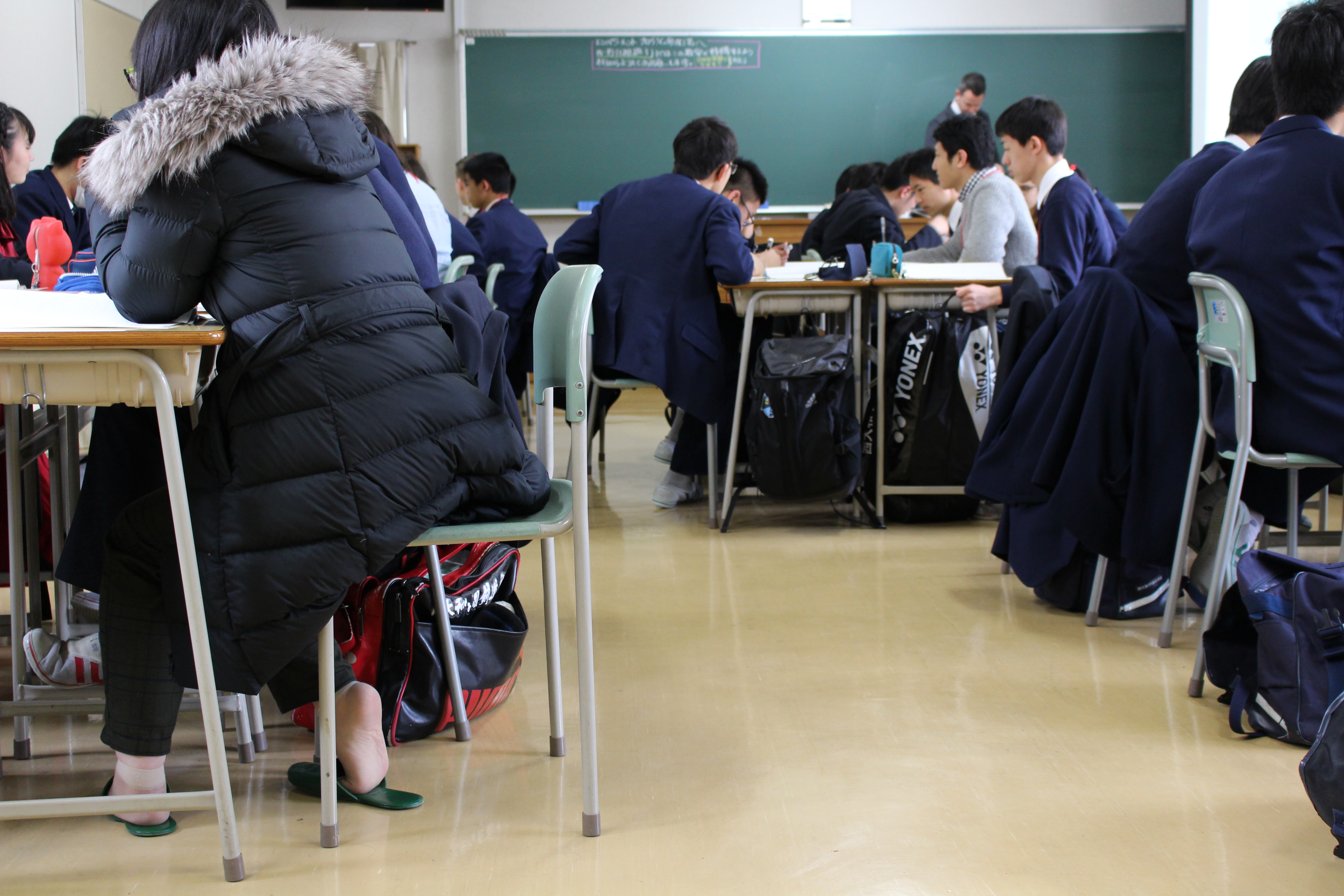 Today’s topic was about leadership. The class was quizzed on who they thought were good leaders and what attributes they thought made a good leader. Images of Mother Theresa, Donald Trump and Shinzo Abe flashed up on screen and it was no surprise that the most controversial of these was the devil known to the Japanese students, Japanese Prime Minister Shinzo Abe. Interestingly enough, it was an encouraging exchange of ideas set up in a way to investigate what a leader needs.

At lunch time I had a quick chat with some of the leaders; in particular two students from Oxford. Both remarked of their pride in how far the students had come. On the first day, there was certainly an air of shyness with very few students taking any initiative but by the 3rd day, which I was observing, they had found their feet and were readily offering their opinions and volunteering to stand up in front of the class. In such a short time span, the Japanese students had already become much more assertive with a better command of their English.

The group leaders all had their own styles and regularly bounced between the groups after breaks to give all the students a different taste of teaching style and personality.

The afternoon session was a focus on designing and then presenting and idea for a smartphone application that addressed a real world problem. Group leaders gathered their groups, prompting discussion and started to get some brainstorming going. In the end, the students came up with a number of intriguing ideas including a play date app for the elderly, a medical alert app and the winner, an app that gives you clothing suggestions based on what’s in your wardrobe combined with your mood, destination and the weather. Not bad!

The overall atmosphere was very encouraging and positive. Whilst there were some weary eyes at the end of the day, not unusual when using your second language for a while when learning, there were plenty of smiling faces.

The following day was a trip to a combined Junior/Senior High School in Osaka. The various train changes made the trip a little laborious, but I was able to arrive on time where I was met by the American session leader of the day and the manager of the ISA Osaka branch office.
It was to be the final day of a 4-day p 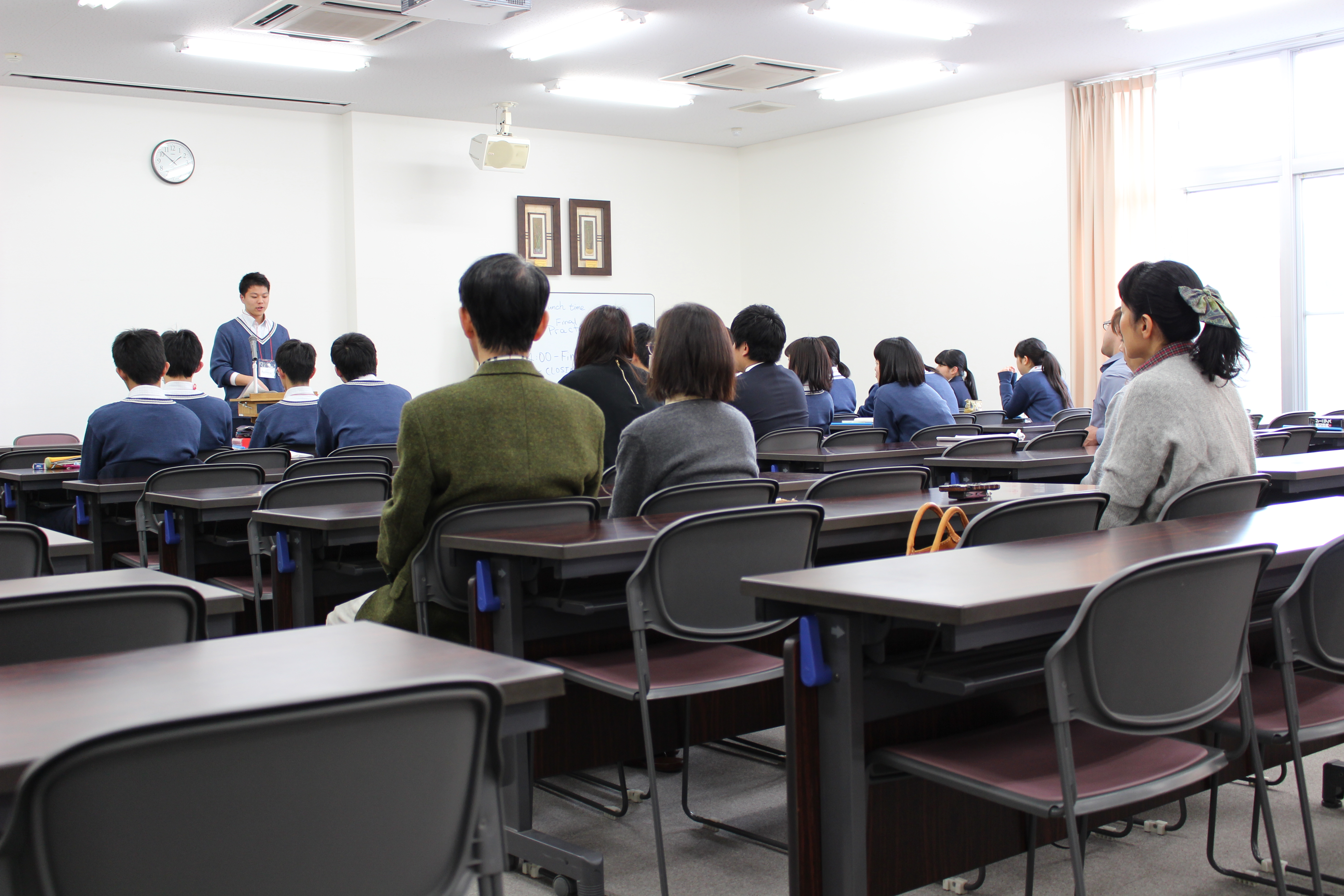 rogram at the Osaka school meant that it was the day for the final presentations. In the previous afternoon and evening presentations had been worked on and two students admitted to not having slept the previous evening. Despite running on empty these students worked on their final touches and practice just as much as the others.
The group leaders here were sourced from Oxford University, with one PhD student in the mix, while they were joined by post graduate international students from Japan’s top two universities, Kyoto University and Tokyo University.

I milled around the different groups and it was a very different day. The students were given free rein to paw over their presentations, put of finishing touches and do some practicing. The group leaders provided advice on touch ups and various small areas but it was overall a fun afternoon.

Following lunch time the presentations started and we were accompanied by many of the students’ parents who were keen to see what their kids had accomplished during their 4 days. One by one the students were called up by one of the group leaders who took MC duties. All presentations were done well and all explained what they wanted to do with themselves in future and their ideas on leadership. The parents beamed with pride after this event, and so they should have. It was a proud day for them.

Following the presentations, speeches were given by the group leaders and the session leader and that was followed by certificate presentations and photos with the students. By around 3pm the students had dissipated and it was time to go home. The group leaders went back to their homestays for the next couple of days before they headed off to new schools in Yokohama and Kobe.
Overall there was a contrast in styles and content something that any future group leaders will need to be aware with. The approach is mostly the same, but the classroom management of each session leader was a bit different so being adaptable is an important ability to have. The group leaders I felt who were the most successful were the ones that weren’t too over the top but were kind, fair handed, and tried to get everyone involved without being the lecturer.

It was a good two day experience for me as an observer but for the students and everyone involved it was a truly special and possible life changing one.